24 Another parable He put forth to them, saying: “The kingdom of heaven is like a man who sowed good seed in his field; 25 but while men slept, his enemy came and sowed tares among the wheat and went his way. 26 But when the grain had sprouted and produced a crop, then the tares also appeared. 27 So the servants of the owner came and said to him, ‘Sir, did you not sow good seed in your field? How then does it have tares?’ 28 He said to them, ‘An enemy has done this.’ Mat 13

I have referenced this parable in church recently thinking a tare was just your average weed, like cheatgrass maybe. This week I decided to look up what a Tare is. Tares are actually a lot more cynical then cheat grass. Cheat grass is recognizable by most, (at least in the west) tares are not. They blend right in. Cheat grass will irritate the snot out of you if the heads get into your socks or worse, tares will lull you to sleep.

Here’s what I found:

Tares, also known as the bearded darnel, is a species of rye-grass, the seeds of which are a strong soporific poison. It bears the closest resemblance to wheat till the ear appears, and only then the difference is discovered. It grows plentifully in Syria and Palestine.

A strong “soporific poison”? What is that? Well, I looked that up too:

Soporific is ‘a type of drug that causes an overwhelming desire to sleep.’ Roofies anyone?

Jesus later explains this parable to his followers;

40 Therefore as the tares are gathered and burned in the fire, so it will be at the end of this age. 41 The Son of Man will send out His angels, and they will gather out of His kingdom all things that offend, and those who practice lawlessness, 42 and will cast them into the furnace of fire. There will be wailing and gnashing of teeth. 43 Then the righteous will shine forth as the sun in the kingdom of their Father. Mat 13

Perhaps here, is an answer as to why there is so much suffering, why seemingly good people do bad things or have to suffer the consequences of those bad things. ‘Why do we have to put up with those who offend and practice lawlessness Lord? Where’s the justice, where’s the fairness, where’s the protection? I’ve been cheated, I’ve been maligned, I’ve been hurt. How can you let this happen?’

The Lord would tell us to be strong. We will have our day, actually, our day is the day of the Lord. In that day there will be no more tears, no more sickness and no more death. I do believe that is worth waiting for.

The day is coming when there will be no more tares in the field, the reapers are coming. But in the meantime we must do the best we can to grow alongside of them because to start hoeing out the weeds now could cause more damage to the grain then the weeds.

In summertime around south central Montana you can drive  by a beet field and see it full of migrant workers with hoes. They are hoeing out every third plant. The beets are planted close together and at some point they have to be thinned to allow the others to flourish. So they go up and down the rows with this thought in mind; “Beet, beet, weed.” Every third beet plant is considered a weed and gets it’s top knocked off with the hoe, killing it.

God is looking for good fruit, he is looking for a harvest, we have to trust him, and be ready. Till then we will have to put up with some tares knowing that their day is coming.

Speaking of injustice; as many of you know I have had a few books published. For my latest book I had to use a different publisher then I did with the first two. My first publisher went out of business and the former CEO’s are now awaiting trial by the Oklahoma State Attorney General for multiple felonies stemming from fraud and extortion. They keep postponing the trial because they keep finding more and more people who have been defrauded by them, 1300 or so last I checked.

This was a Christian publisher, in business for years publishing Christian materials (though towards the end that was debatable) and in the beginning I think they were sincere. And I know they had some really good people working for them. But then they got greedy and the fruit they bore started reflecting what was in their hearts. 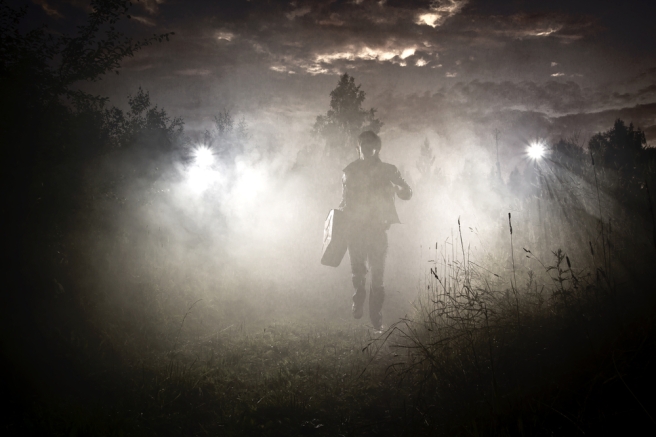 They outright stole $1200. dollars from me. They had sent me an email with a promotion they were running, one they had run a couple other times in the last year or two, so I was saving up money just waiting for this opportunity because I was working on my third book at the time.

The promotion offered in this email was that if I bought $1200. worth of any of my previous books or pre-ordered future books, I would get a publisher for life addendum on my contract with them. This meant I could publish as many books as I liked in the future without having to pay any more fees. Services for my previous books had cost me much more than that so this was a great deal.

I called my connection at the Publisher and said I would like to do that. I deposited my hard earned and saved cash into my checking account, including my year end safety award bonus from my construction job, and had them charge the $1200. to my debit card, which they conveniently keep on file.

After a few days I never got a receipt so I emailed a reminder, no response. I emailed two or three other people finally emailing one of the owners whose connection info I had and finally got a receipt and an apology.

Less than two weeks later I got an email from another publisher offering their services to me because they had heard that my former publisher had gone out of business. What? No way, I just gave them a lot of money! I emailed everyone I knew there, I called every number I could find. No response to any of them. They had apparently just turned off the lights, locked the doors and left. Leaving me and many, many others holding the bag, and the bag was empty, as was my wallet.

I am fairly comfortable in guessing that the people who ran this outfit might be tares. (In fact, if you replace one letter in “tare” you have the name of that publisher.)

They literally conned me out of $1200 knowing full well that they were never going to deliver, or at least that chances were pretty slim. I found out that there was already a two million dollar law suit against them. They had laid off most of their staff and it came to light that they had been spending cooperate money like it was their own, buying houses, toys and vacations. Since then their property has been seized and auctioned off to pay their debtors.

And, they knew full well that I am a pastor. That’s what bothered me. How can you call yourself a Christian and knowingly cheat a pastor, one whom you know works two jobs just to make ends meet? And I know I am not the only pastor they stole from. Being a pastor doesn’t make me any better than anyone else they stole from or make it more of a crime—but really; If I as a Christian, ordained or not, was going to cheat someone I’m pretty sure a pastor would be my last choice.

It’s like stealing from the Salvation Army kettle or making off with your worship leaders guitar while he is watching. ‘Where you going with that?’ ‘Oh, I’m just going to get it re-stringed for you.’  then he takes it straight to the pawn shop—I mean, you just don’t do that right?

So I was incredulous and shocked; ‘Really? Lord, that was a lot of money!’ What can I do? I reported it to the Better Business Bureau and the Oklahoma Attorney General. But other than that there was nothing I could do. The AG is pushing for restitution, but as many people as they cheated and the huge law suits against them, there is small chance of anything being left to return.

But I could be really angry—right? Go all barbarian on them and seek the justice of the sword? I would certainly be justified. 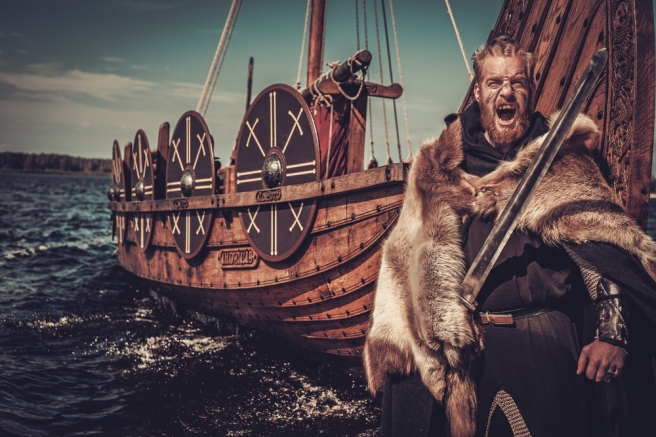 I could stew and fret, or pout and whine–or, I could just let it go, give it up to the Lord and let him deal with them. (In fact it has been two years ago now and this is the first time I have publicly told this story.)

I had to decide right away that I had to give this to the Lord or I would only be bitter and angry and that would accomplish nothing but to distract me from what the Lord wanted me doing, helping him sow more wheat. I cannot let the weeds poison me. “Lord, this is your money, it was for your work, I am only a messenger. I trust that you have a better plan.”

He did. I found a different and better publisher, Redemption Press, and I got to involve my church as I was blessed by many in their efforts to help me raise the funds to get Barbarians in the Kingdom ready for the printer. Because of that fruit was borne in many lives before the book was even published and the message of the book, resolve and determination to accomplish God’s purpose for you, was only reinforced. And, I believe, that adventure has just begun and there will be much more fruit. And best of all, I got to see God at work.

In the long run, God always takes care of those who look to him, who are patiently waiting for the final harvest

Until then, hang on, be strong and stay awake, Jesus is indeed coming to harvest. And God will not be mocked!