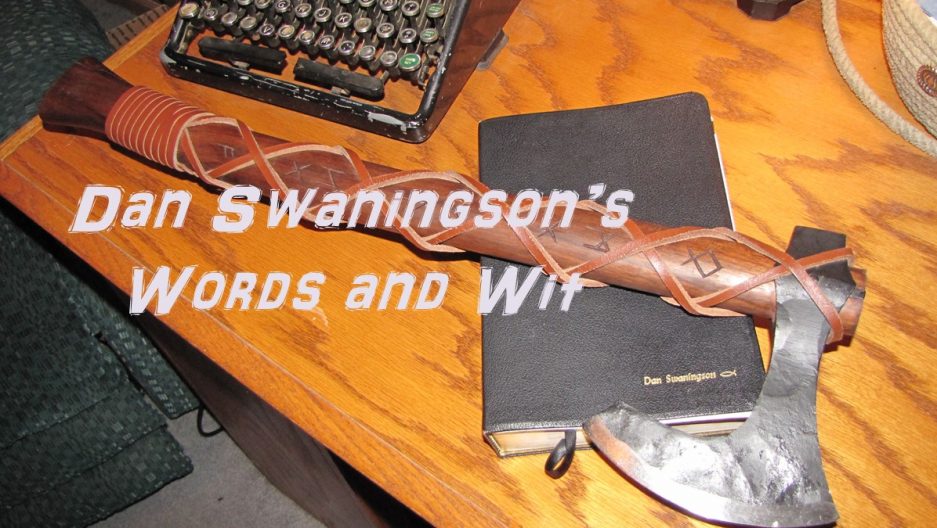 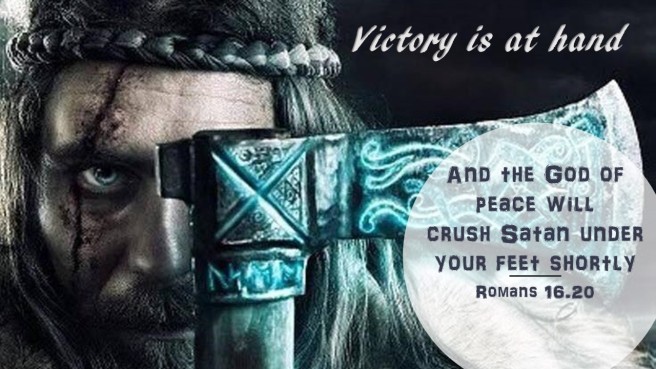 I just read an article on the state of the American church and it cited a study done by the  Barna Group that looked at 70 different moral behaviors and could find no statistical difference between Christian and non—Christian behaviors in any of these areas. That can only mean one thing—There’s no holiness, there’s no respect or gratitude for the price that was paid for their forgiveness.

And there’s no witness.

How can we expect anyone to believe a word we say about a God who saves, a God who redeems, who changes us from the inside out freeing us from the snares of sin, addictions and emotional turmoil when we behave like animals with no control over our flesh or our emotions. Yes none of that is easy, but it takes you desiring to be free, not just forgiven, and it takes a real relationship with Jesus.

He’s not going to wade through a swamp of sin to spend time with you if you are content to wallow in filth and then wonder why you don’t hear Jesus and why you are not being blessed.

Maybe the enemy is not harassing you there, why would he? You’re no longer a threat to him. But you may end up in his goat pen in the end. 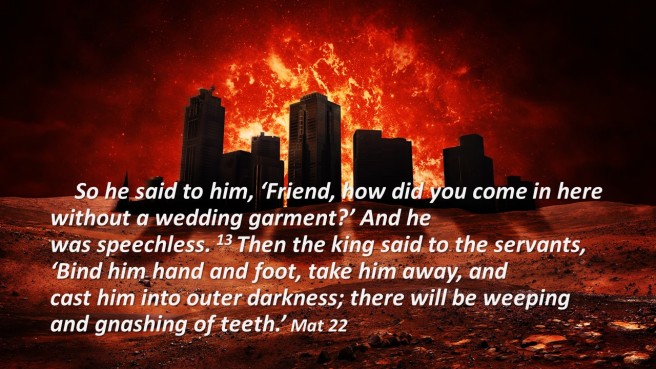 I’m just urging you to take your relationship with Jesus seriously. Take your invitation seriously.

“See, I have prepared my dinner; …”  But they made light of it and went their ways, one to his own farm, another to his business. 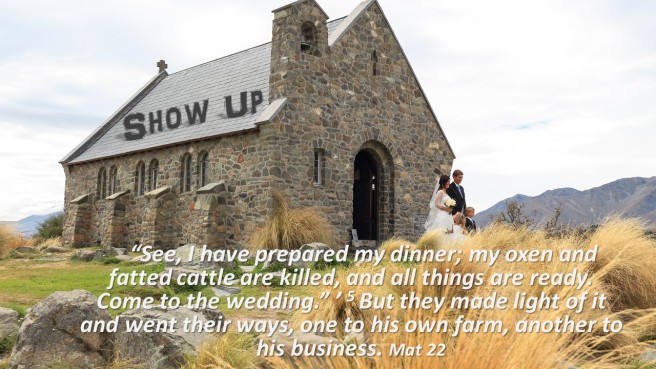 This last year was a challenge for many Christians I know. It seems like the battles just keep ramping up and the hits just keep coming. The strong are being stretched and the weak are falling away. We cannot give up. The Lord is calling us to holiness. I have been saying this since last year and I have seen the Lord putting his people through the refiners fire and the faithful being strengthened.

I still believe we are going to see God use people you least expect to do miracles and unleash the power of heaven in places you least expect. I see it already happening.

Pray for our president. Despite his flaws he is the first president we have had in many decades who is fighting for the church, not just talking about it. Pray for your pastor. He lives to fight for you-and it is a battle. Pray for your children and grandchildren. They are the warriors of tomorrow and the enemy would love to take them out before their fight begins. And pray that you have the courage and the faith to be used by God to advance the kingdom in ways you never imagined you would be used by God to do.

Many are invited but only those who take it seriously will be still standing in the end. God will only use the Holy. 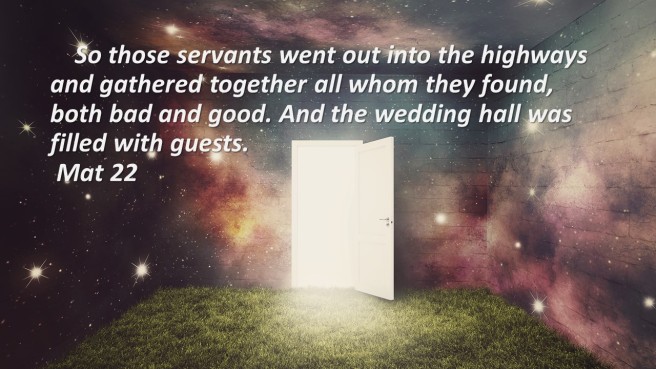 It seems that all are invited but  it will not be the big name —everyone look at me —flashy church celebrities that are left standing to fight the battles ahead. It will be those who quietly and sometimes bewilderdly stood apart while the world seemed to go mad around them.

And they will win. 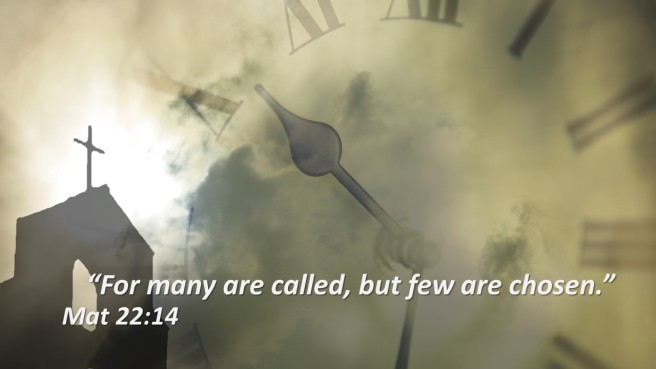 Who will be allowed to stay in the wedding feast? The question in the end will always be, do you know Him?

7 Let us be glad and rejoice and give Him glory, for the marriage of the Lamb has come, and His wife has made herself ready.” 8 And to her it was granted to be arrayed in fine linen, clean and bright, for the fine linen is the righteous acts of the saints.

9 Then he said to me, “Write: ‘Blessed are those who are called to the marriage supper of the Lamb!’ ” Rev 19

So go into this new year ready to fight, and win—you were made for this! -(Carolton on YouTube)