“…there are few feelings of emptiness and disconnection from all things good, and all people  living, like there is when you are coming down from a drug induced high. Especially when you just want it to be over.”

A few years after graduating from Job Corp back in the 80’s my best buddy Bob and I, whom I had met in Job Corp, decided we were going to go visit another friend from Job Corp whom we hadn’t seen since he graduated and returned home to Aberdeen SD. So on a Friday evening after we got off work we jumped into the ’72 Pontiac Bonneville I had recently bought from another buddy. It didn’t have plates on it yet but oh well, we were driving at night and decided to take the chance.

So we grabbed a cold pack or two of Rainier Beer—and a bag of mushrooms we had just scored, not the kind you put on a salad—and took off, party time. We were jacked, the plan was to just party our brains out for the weekend on a whirlwind trip to Aberdeen and back. It was fun, a lot of fun—for an hour or so. 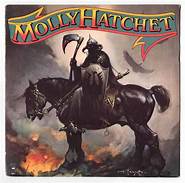 We were cruising along Interstate 94 with Mollie Hatchet blaring on the 8 track stereo as the psychedelic mushrooms were starting to kick in and the beer was tasting better and better when all of a sudden the car just stopped running, about the same time I noticed the sweet smell of antifreeze permeating the car.

Bob and I looked at each other in disbelief as I turned off the music and coasted over to the shoulder. I popped the hood and peered through the steam at the massive 455. Pontiac engine—not much to see in the dark. The radiator cap was hotter than all get out and I knew better then to try to open that. As we were sitting there with the flashers on waiting for the engine to cool a car pulled up behind and asked if we needed help.

This was long before the days of cell phones when people still stopped for motorists in despair.

I had already tried to restart the car and it wouldn’t turn over so he offered to give us a jump. Still nothing (I later discovered that a radiator hose had burst and was too busy partying to realize that the car was overheating to the point where the engine seized up) The good Samaritan was anxious to get going so I asked if he would give me a ride to a phone.

I looked up and saw that we were sitting right next to a sign that said “Custer 10 miles”. I reluctantly left my car and my buddy behind as my new friend gave me a ride to Custer to look for a pay phone so I could call back to Billings for help. Well, Custer is one of those towns where they roll up the streets after dark—nothing was open, so we headed to the next exit, the Little Big Horn river exit, where there was a bar. At this point my new friend’s charity and patience was plum out so he told me he was going to drop me off here and leave. “Good luck, bye!”

I thanked him for the ride and watched as he drove away leaving me in front of a strange bar in the middle of nowhere Montana. I walked in and several dusty cowboy hats with weathered faces under them looked my way. I mustered up my courage and asked the bartender if they had a phone I could use. I’m sure my pupils were as big as saucers about then but I did my best to be redneck. He pointed to the corner near the door I had come in and, wasting no words, said “Phone’s broke.” I turned and saw a pay phone hanging on the wall with a note taped to it that said “Out of order.”

I thought; “There has got to be a phone behind the bar!” But he wasn’t offering and between the drug induced paranoia I was feeling and all the love in the room for this long haired 20 year old kid in a cowboy hat, I wasn’t about to question him. Knowing I was now up the proverbial creek without a paddle I turned on my heel and vanished out the door.

Now what? I am totally abandoned, alone and stoned in the middle of Montana in the middle of the night. 50 miles from home, 12 miles from my worthless car and the only person in the world who even knows I’m out here somewhere, and he is stranded as well.

Well, I’ll start walking, surely someone will pick me up. Across the interstate and down the ramp back to the east bound lane I went. I started walking, sticking my thumb out whenever a car zoomed by. Turns out no one is too keen to pick up a young man walking down the Interstate alone late at night. It was kind of cold out but I had on my favorite old Levi jacket and I was wearing my Tony Lama’s—not exactly the best boots for a long hike.

And hike I did, mile after mile, counting the mile markers knowing that I had to pass twelve of them to get back to my car. To this day when I see a mile marker on the highway I often think about how far apart they are when you are having to walk from one to another.

Somewhere in that hike I came across a rest stop and went in hoping to find a phone—seriously? No phone! I thought about approaching someone and asking for a ride but my courage alluded me again. The extreme shyness that I had not yet conquered coupled with the knowledge that I was still high on the mushrooms and probably pretty scary looking stopped me from approaching anyone.

So dejectedly and resolutely I headed back down the highway. If you figure a person can walk 3 or 4 miles an hour I had a very long walk that night and it seemed like it took forever. After a couple of hours I was even hoping a Highway patrolman would stop and even though at least one drove by, none did. I was getting cold, my feet hurt and I was exhausted when I sat down on a guard rail post and started to pray—”Lord, no one will help me, I don’t know if I can make it, please give me strength!”

I was totally tapped out but as I got up and continued my walk I suddenly saw in my mind’s eye Jesus walking beside me. I know I didn’t physically see him but I know he was there and I can still see him in my memory just as though he was. I didn’t deserve his help, I had gotten my own stupid self into this mess but you know what? I knew at that point that he still loved me, that he cared and that he was there and suddenly the mile markers did not seem so far apart. And as I counted off number twelve I looked up and saw my car across the road.

A dead car never looked so good. I climbed in as Bob, who had been sleeping in the back seat asked what had happened. I told him I got abandoned on the Big horn and that I would tell him the rest of the story tomorrow. I then laid down and passed out on the front seat.

In the morning I flagged down another ride, much easier in the daylight when you are standing next to a stalled car, and got a ride to the gas station in Custer, called a buddy who came and towed us back to Billings.

So much for that road trip.

That seems like another lifetime ago and I have long since given up the partying in favor of a real relationship with Jesus,  but I remember that feeling of Jesus’s presence like it was yesterday and it was a catalyst to me finally being willing a couple of years later to fully surrender myself to him because I knew that if I did, I would have that presence, my Jesus standing with me, more than just when I was desperate–and I do.

Why didn’t he just stop a car and get me a ride? Because then I would have just attributed it to luck, but even more importantly, I would not have had that hours long experience of having my Lord walk beside me through what had started as a very dark, cold lonely night of despair. And really, there are few feelings of emptiness and disconnection from all things good and all people like there is when you are coming down from a drug induced high, especially when you just want it to be over.

There was no reason Jesus should have paid me any never mind at all that night, but he did. He walked by me and got me through it safe and sound. And because of that, I know that no matter what, no matter how badly I screw up in this life, no matter how put upon, abandoned, lost or alone I might feel or be, I am never alone, and I can always count on Jesus to stand with me.

I have been through several long dark nights of near total despair since then, dark nights of the heart as the world seems to turn against me, but through them all, my Jesus stands with me.

I am never alone and there is always hope.

The mornings are always brightest after the darkest nights.

2 thoughts on “Mushrooms, Beer and -Jesus?”