Is there a hole in your soul? 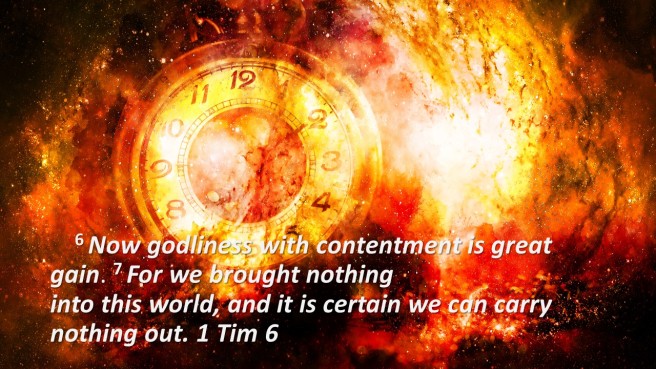 I hate to keep using my own life as an example of living with a hole in your soul but it’s all I really have, that is my testimony—my story is Jesus’ story. Until I was willing to let go of my own destiny, to let go of my rebellious, ‘you can’t tell me what to do, I am free to do as I choose and these are the things that give me satisfaction’, attitude I was never truly satisfied, I had no soul satisfaction.

Quite the contrary, the more I pursued the partying, the emptier I became as the feelings of camaraderie and euphoria of the first time highs continued to be just beyond my grasp.

When I was finally willing to trust the Lord to be my peace, to be my contentment without the drugs or drink that had just ensnared me I found out what real contentment—soul contentment was.

But it’s easy to forget that isn’t it? Throughout my life other things start to creep in promising contentment. We start getting anxious for other things worrying that we may never achieve them or be able to hang on to them if we do.

I have told many a worried young person who desperately wants to be married that God will most likely not fulfill that desire until you learn to be content with just Him. That also makes for a much healthier marriage because if you are depending on someone else to bring you contentment you will be disappointed, no one can live up to that, only God can do that.

A couple of years after giving my life fully over to the Lord and experiencing real freedom I was starting to worry that I would never get married. At 26 I had never even had a serious girlfriend; Thank the Lord for that, it no doubt saved me a lot of grief! But I was starting to think there was something wrong with me, that I was doomed to perpetual bachelorhood.

For one, I was way too shy to even really know how to pursue a relationship that may end in marriage, and there just didn’t seem to be any likely candidates crossing my path, there probably was but I was clueless as to how to pursue them. I was terminally shy and I was very intent on not getting into any relationship that God did not ordain for me or would likely not end in marriage. Dating for fun is one of the stupidest things you can ever do, especially if it’s done in the world’s model of dating, (unless of course you enjoy heartache and lifelong complications.)

Oh Lord, the world would be such a better place if everyone just lived by your standards and pursued godliness instead of just presuming on grace while letting the flesh run roughshod over their hearts. I used to be embarrassed to no end that at 26 I was a still a virgin, but the more I experience life and ministry and see the messes caused by giving away your most sacred gift willy nilly, the more grateful I am to the Lord that I was too awkward, shy and respectful of women to give in to demands of the flesh and the invitations of others.

But I desperately wanted to get married, I wanted to have a family, to be the dad and to yes, end my life of celibacy. But I knew I couldn’t just make it happen, there are no guarantees in this life so I had to reconcile to the fact that I might be perpetually single, and that was that.

I had to come to the place where I knew I would be okay, that I would be content if I never got married. I had Jesus, I had a mission to share him with the world, I had eternal life and the Holy Spirit residing in me and I was never truly alone. Life is good.

But the point is, when I had come to the place where I decided I did not need to married to be happy, as long as I had Jesus, then he blessed me with a wife. And I am forever grateful and appreciative of, and for her, because of that.

That same principle has been repeated over and over again in my life. My first house—after striving and conniving to try to buy a house with no credit and no money I had to confess to the Lord my frustration and repent, telling him I would be happy living in a tent as long as I had him. The Lord then did a miracle and a couple weeks later (Literally) I was signing the papers for my first house.

For years I fought and fretted, trying to figure out how to fulfill my call of being a pastor when I could not take the time nor the money to go away to school, long before everything became available on line. And no one seemed to be willing to facilitate my desire to climb the church ladder into a pastoral position.

And then one day, at least a decade after I had decided I would never be a pastor in this lifetime, and that I was okay with that, more than okay with that actually—who in their right mind would want to be a pastor? —the Lord opened the Yellowstone Valley Bible institute which was accredited with the very Bible college I had been trying to figure out how to get to years earlier, in my own backyard, or at least in my home church.

He then told me to sign up. But Lord, I am content just being a Sunday school teacher, making hay, raising cattle and kids, and…—’no, you need to go to school.’ Okay Lord. —But if I’m going to start a church, which I knew was where he was taking me, it had better be in a big town so I can have enough people to pay me a good salary and make it all worth the effort.

Boy did I have a lot to learn. 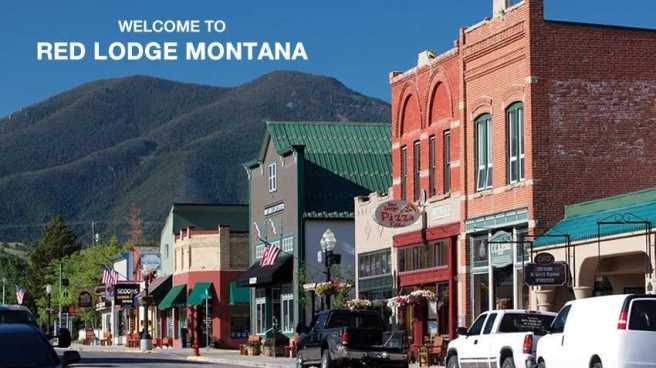 ‘Red Lodge? That’s not a big town!’ But you know what? By the time the Lord got me here, I had had more than my fill of church attitudes that took a business approach to ministry—‘How can we get more customers— I mean tithing members? How can we improve the product—I mean make the gospel more appealing?

How about you just let God be God, preach the word, the whole word, and allow the Holy Spirit to draw—or repulse—sinners and saints? Don’t get me wrong, I’m far from having fully grasped how to get away from this church marketing and growth strategy mindset but I have learned to stop stressing about it also—something that I think makes my fellow pastors worry that I have lost the vision.

No, I have just stopped listening to the lies of the enemy that keeps dangling that golden ring out there for all to chase right into his trap.

I know I am where I am supposed to be, smack in the middle of His plan for me. And in that I have soul satisfaction, and that is priceless!

Find your freedom in Jesus!