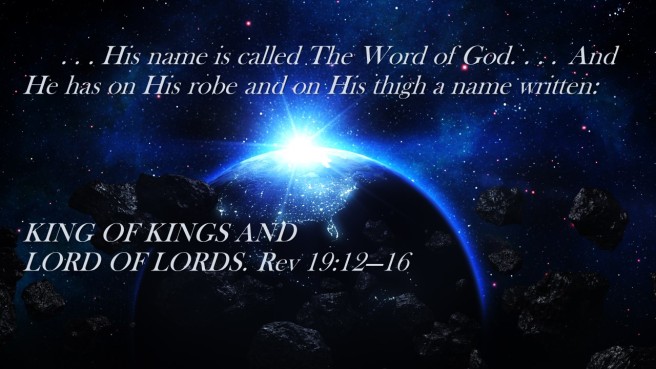 I want to start out with a simple statement, one that will make no sense nor hold any appeal to any except for those who are committed and fervent in their desire to follow Jesus, those who love and know the love of our Savior. That statement is: A true servant must die to self.

What that statement just did in your soul is an indicator of how you are tracking with the Lord because that is indeed what we are asked to do over and over throughout the New Testament, all of which echoes and expands on the words of our Savior. Our title verse is an indicator of that. “Whoever wants to be first must be last of all and servant of all.” (Mark 9:35)

It is just human nature, self-preservation even, to want to be served rather than be a servant, to be first rather than last—we all want to be somebody, but our notion of what that means is very skewed.

It’s a tempting and an easy snare to fall into, thinking you’re somebody. I was in the bathroom at Hope Center one day. A bathroom I had built in a church I had drawn the floor plans for and then headed up the remodeling as the foreman for the General Contractor that did the work. I was standing there as an ordained pastor, something I had worked long and hard for. I was the head of the children’s ministry in a church I had helped start, had 30 or more kids team volunteers serving under me and all the kids loved me.

I had people telling me how wonderful and wise I was and everything I did seemed blessed. So I am standing there in the bathroom between services after having just washed my hands, looking at the nearly full garbage can and thinking “someone needs to empty that, that is unacceptable.” I then reached for the door handle ready to go do God’s work and dazzle the kids and teachers with another great worship session when I heard a voice in my spirit say—”Why don’t you empty the garbage?”

When I heard that it hit me like a ton of bricks and I knew it was from the Lord. And I was convicted; the Lord just asked a simple question, he didn’t have to say anymore. My conscious took over at that point and I asked myself: who do you think you are?

We all want to be somebody, but who do we want to be, and why? If I get to be too important to take out the garbage then I am somebody I do not want to be and certainly not honoring the one who called me to serve, the one who really is somebody.

“Whoever wants to be first must be last of all and servant of all.” Jesus said this. And Jesus, the one who is asking us to be first by being last, to lead by serving, to worry less about ourselves and more about others, was and is certainly somebody—yet he didn’t just ask us to be servants but he showed us how to do that. The humbling of the King of kings and the Lord of lords is a lesson we must look to and keep reminding ourselves of lest we get too full of ourselves and bristle at the notion of being a servant.

So let’s look at a picture of Jesus in the New Testament.

His head and hair were white like wool, as white as snow, and His eyes like a flame of fire; 15 His feet were like fine brass, as if refined in a furnace, and His voice as the sound of many waters; 16 He had in His right hand seven stars, out of His mouth went a sharp two-edged sword, and His countenance was like the sun shining in its strength. 17 And when I saw Him, I fell at His feet as dead. But He laid His right hand on me, saying to me, “Do not be afraid; I am the First and the Last. 18 I am He who lives, and was dead, and behold, I am alive forevermore. Rev 1:14—18

Now picture this; the King of glory kneeling before his followers wearing the garments of bond servant, slipping off their sandals and washing dirt and dung off of their feet. Feet filthy from having walked miles and miles of country roads and city streets where animals roam and chamber pots are emptied into the dust to be churned up by countless feet and hooves.

Jesus, knowing that the Father had given all things into His hands, and that He had come from God and was going to God,  rose from supper and laid aside His garments, took a towel and girded Himself.  After that, He poured water into a basin and began to wash the disciples’ feet. ( John 13:3—5)

The apostles were aghast, no doubt the heavens were as well, as those myriads of angels who knew and worshipped him in his glory now looked on and marveled at the humility of their maker. Jesus was now clothed in humility in every sense of the word.

On this evening as he washed the feet of his chosen ones he was of course making a point, one he had been trying to get across to his followers for years. We think we know what that point is—but do we really get it?

—Who do we think we are?

Certainly not who we are supposed to be, humble servants of God and one another. Children of God yes—but the children of a functional family who move in the role of a child in a family God has ordained, obedient, respectful and diligent in doing our chores, learning to serve and share. We are all brothers and sisters, none of us any better than another. We are all God’s favorites and he would lay down his life for each of us—and has. He asks us to do the same.

That’s the big picture point Jesus is making with the foot washing thing.

Wanna be somebody? Then be a servant. . .